Mazdoor Ekta Lehar spoke to Raju Shetty, the President of the Swabhimani Shetkaari Sangathan and founding member of the All India Kisan Sangharsh Coordination Committee (Akhil Bharatiya Kisan Sangharsh Samanvay Samiti) about the ordinances related to the agricultural sector, recently passed by the central government. 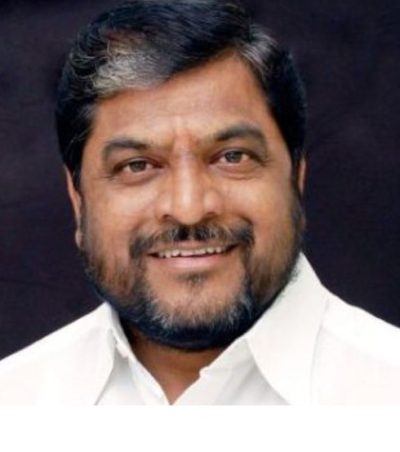 MEL:  the government passed two ordinances at the beginning of June relating to agriculture. According to one of the ordinances, Inter-state agricultural trade barriers will be removed. Will this ensure that farmers get the right price for their produce?

Raju Shetty: It is the demand of farmers that one and a half times support price should be ensured as per the proposals of Swaminathan Commission. The minimum support price that is fixed as of now, has also not been available to the farmers till date.

Secondly, during the cabinet meeting the government had said that they would waive the loan on the farmers, but now they are saying that this work should be done by the state governments. Generally, the price of the produce is decided by the Central Government. The farmer sells his crop at a lower price than the actual cost and the loan still gets loaded on the farmer’s head. The responsibility of this loan rests with the central government, which throws its responsibility onto the state governments. I mean to say that there is no action and they only know how to talk.

Raju Shetty: Contract farming is not good for farmers today. Big companies contract the farmers. When the market has a higher price than the contract, they do not increase the price they pay the farmers. But when the market price is less than the contract, the companies do not buy the crops. They force the farmers to sell at rock-bottom prices. Farmers are never paid for their crops on time. Many companies have cheated the farmers after contracting them. Therefore, farmers have had very bad experience with contract farming. I do not think that the ordinance will save the farmers or that their problems will be eliminated. In fact, monopoly companies try to rob the produce of the farmers. The government is helping these companies.

MEL: Farmer suicide began in the 90s in Maharashtra. Today farmers across the country are committing suicide. Maharashtra still tops in farmer suicides. What are the policies of the government that are pushing farmers towards suicide?

Raju Shetty: The number of farmer suicides have increased since the 90s. The main reason for this is the rise cost of production and the denial of remunerative price for the crop in the market. That is, the cost of production keeps increasing, but compared to that the crop prices decline. The farmer has to take a new loan to pay interest on the old loan. The peasants are forced to go to the moneylenders. In this way, the farmers fall into a financial crisis and as a result their families feel humiliated. The farmer is most afraid of being disrespected and humiliated. In this condition, he is forced to commit suicide. A study was done by the Tata Institute of Social Sciences at the behest of the Mumbai High Court. The study said that the farmer has been burdened with debt due to selling his crops at much lower prices than the market price. This is the reason for farmer suicides. The government had to make arrangements to fix the cost of crops somewhat above the market price to get the farmer out of debt. At that time Prime Minister Manmohan Singh appointed a National Farmers Commission, which was headed by Swaminathan. The proposals given by this commission have not been implemented till date. That is why even today, the suicides of farmers have not stopped.

MEL: What are the problems facing farmers in Maharashtra?

Even after 70 years of independence, basic facilities are not being provided to the farmers, unlike in other countries. As a result, Indian farmers suffer the most in the world in pre-harvest and post-harvest season. When we produce 100 kg, 40 per cent is lost during pre and post-harvest and after that we are able to sell only 60 kg. Costs 100 kg and sells for only 60 kg. There is no technical support from the government. The roads are not okay and diesel is not available. No electricity is available. All this put together increases the cost of the crop.

Secondly, our banking system is not accessible to our farmers. Therefore, farmers are forced to borrow from the moneylenders at an interest rate of 5 to 10 per cent. If the farmer cultivates in such conditions, then he cannot compete with the farmers of the rest of the world. The government has signed on the W.T.O agreement and the policies for import-export changed thereafter. One condition of the W.T.O is that no subsidy will be given to the farmers. There is no country in the world where farmers are not given subsidies in crores. Our farmers are unable to compete in the face of subsidized food grains. Sharad Joshi repeatedly states that Indian farmers in fact get negative subsidy and further, they are looted. Whether it is the government of the BJP, the Congress or the coalition government, whether it is the state government or the central government, all of them have cheated the farmers. The problems of the farmers have not been taken seriously. This is why farmers are in such a dire situation.

MEL: On amendment of the Essential Commodities Act, the government is saying that farmers will get the right price. What effect will this really have on farmers?

Raju Shetty: The Essential Commodities Act-1955 was brought in to prevent hoarding. After this, a commission was set up to fix the minimum support price. At no time is the interest of the farmers taken into consideration. Under this law, the government was empowered to intervene in the market. The government imports to keep the prices low. In the event of a surplus, the government used to export to control prices. In both cases there farmers faced losses. If this law is correctly implemented, there would be no need to exclude grains from Essential Commodities. Today, the government has excluded food grains at a time when the price of food grains has come down in the international market. If it is imported, farmers will have to bear the loss. Big companies will benefit. For example, two years ago, Adani destroyed chickpea and pulse-producing farmers by importing pulses from Tanzania. This can happen again and again.

MEL: Tell us about the movement against the ordinance started by a joint forum of farmer organizations.

Raju Shetty: The Akhil Bharatiya Kisan Sangharsh Samanvay Samiti consists of more than 250 farmer organizations. Two years ago when farmers were killed in Mandsaur in Madhya Pradesh, farmer leaders from the entire country united and formed this platform.

Our slogan for August 9 is ‘Get corporates out of agriculture and save the farmers!’ We are opposing all three ordinances. Along with this the milk producing farmers in the country are not getting the right price of milk. Cotton-producing farmers are forced to sell cotton at prices below the minimum support price. Though the minimum support price (MSP) is Rs 1760 per quintal, corn has to be sold at Rs 1100-1200 per quintal even today. In such a situation, the government is going to import 5 lakh tons of maize. In this way, the government is repeatedly adopting  anti-farmer policies. We are opposing all these policies. We hope that the movement will reflect the great solidarity of the farmers so that the Central Government will be forced to come to its knees.

MEL: Could you elaborate on the struggle that is going on with regard to the price of milk?

Raju Shetty: Today the cost of cow’s milk is Rs. 30-32 per litre but farmers get Rs.18-20 per litre. This means farmers have to sell milk at a price of Rs.10-15 per litre less than the actual cost. At present, it is not milk season in Maharashtra. Milk production falls during this season. There is a difference of about 40 percent between lean season and peak season production. But today, despite it being the lean season, milk is in surplus. This is not because milk production has increased. Production is lower than in the lean season of the previous 4 years. Two years ago, there was a huge famine in Maharashtra. Due to the famine, many farmers sold their cows and buffaloes. They no longer have animals. Due to this the production of milk has reduced but even then milk has been in surplus. The reason for this is that on 24th March, the Central Government declared a lockdown. Due to the lockdown, sweet shops, hotels and tea shops were closed down, marriages were also not taking place, and these are where milk orders come from. Milk consumption has reduced by almost 40 per cent. The result is that there is excess milk. This extra milk has been converted into milk powder and butter. Milk powder and butter stocks have started accumulating. As of today, there is a stock of 50 thousand tons of milk powder and there is also a large stock of butter. Farmers have not been paid millions of rupees for the milk. Before the lockdown, the price of milk powder was Rs 330 per kg and today it has come down to Rs 170 per kg. The price of butter was Rs 340 per kg, which has slipped to Rs 220 per kg today. As a result, the price of milk has come down from Rs 35 per litre to Rs 17-18 per litre.

On 30th  June, the central government has taken out a notification to import 10,000 tons of milk powder. Animal husbandry will be ruined by this. In today’s date, if the cattle farmers’ trust is to be earned or any relief is to be provided to him, then the state government should immediately pay in a subsidy of Rs 5 per litre in the bank accounts of the farmers for at least two or three months. The central government should give some subsidy for the export of extra milk powder and butter. Imports must be stopped. There should be no GST on milk products. When there is no GST on any agricultural product then why is it there on milk products which are also the output of farmers? There is a GST of 12 or 18 per cent on ghee and butter; if that is removed the prices will come down. After the prices are reduced, consumption will increase and the stock will slowly come down. We have started the movement with all these demands. It will be good if the government takes decisions in a week; otherwise, just like in 2018 we will create a massive milk agitation.