Farmers in Haryana organised a massive ‘Save Farmers, Save Mandi’ Maha Rally (grand rally) on September 10 in Kurukshetra to oppose the three ordinances by the Central government relating to the agriculture sector.

The rally was jointly organised by the Bharatiya Kisan Union (BKU) and 17 other farmers organisations. Farmers, traders, arhatiyas (commission agents or middlemen in the mandis) and workers in the mandis vigorously participated in this Maha Rally. 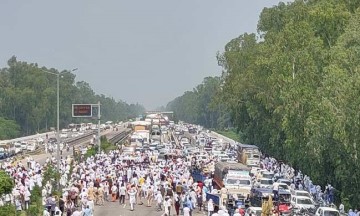 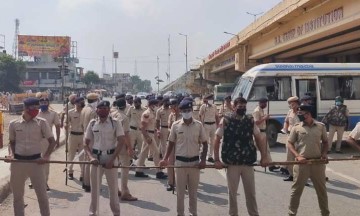 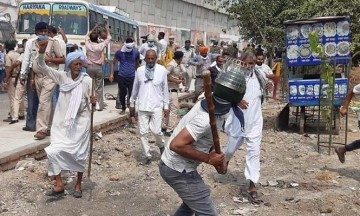 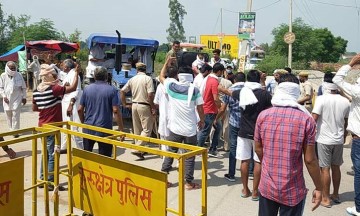 The rally in Kurukshetra was part of the ongoing protests by farmers’ organizations in various parts of the country over the past two months, demanding immediate withdrawal of the three ordinances recently promulgated by the central government – the Farmers’ Produce Trade and Commerce (Promotion and Facilitation) Ordinance, 2020, the Farmers (Empowerment and Protection) Agreement on Price Assurance and Farm Services Ordinance, 2020 and the Essential Commodities (Amendment) Act, 2020. 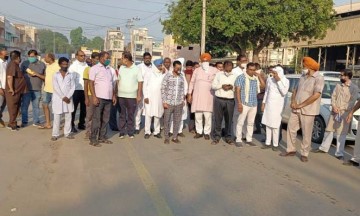 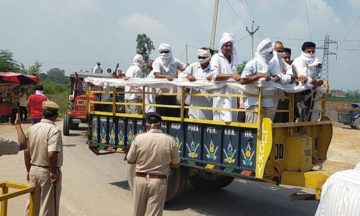 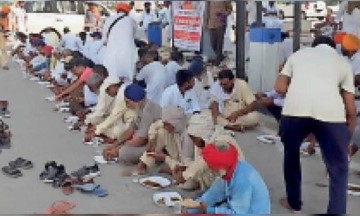 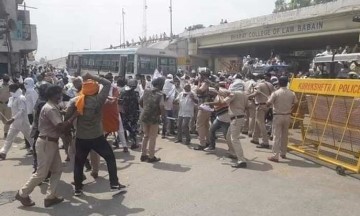 Farmers assembled in thousands for the Maha rally. To prevent the farmers from reaching the Maha Rally, the state unleashed barbaric repression through-out Haryana. Thousands of farmers were arrested. Thousands of vehicles were confiscated by the police. Curfew was imposed using Section 144 of the CrPC in Kuruskshetra, Pipli mandi (the rally site) and the surrounding areas.

In addition, in various districts of the state, like Sirsa, Hissar, Fatehabad and Rohtak, special roadblocks were setup in the name of “checking for drugs and illegal weapons” to prevent farmers from reaching the Maha Rally.

Buses from Kurukshetra were encircled and stopped. Farmers who tried to cross the encirclement were forcibly stopped. When the police tried to stop a bus load of agitating farmers from Sirsa, the farmers got down and held a dharna right in front of the bus. Demonstrations were also held at the Khuiyan toll tax station in Dabwali area. The workers and traders of the Sirsa grain mandi struck work in support of the farmers. When they proceeded towards Kurukshetra to participate in the rally, they were arrested by the police. They held a protest demonstration within the police station itself.

Farmers, traders and mandi workers proceeding to the rally in their buses and trucks from the Fatehabad grain mandi were stopped by the police.

25 vehicles of protesting farmers and traders from the Rohtak grain mandi were stopped by the police 2 km before the rally site and had to walk the remaining distance to participate in the rally.

The homes and offices of farmers’ leaders were raided and many were arrested. In some cases they were put under house arrest.

Despite this heavy state repression, thousands of farmers reached the Pipli Chowk protest site and militantly participated in the ‘Save Farmer, Save Mandi’ Maha Rally, forcibly removing the last of the police barricades at the Dayalpur intersection in Kurukshetra, braving brutal police lathi-charge. Many of the agitating farmers suffered injuries in the process.

The agitating farmers at the Maha Rally demanded that all three ordinances passed by the Central government must be withdrawn. They demanded that parliament should pass a law guaranteeing the minimum support price (MSP) which should be one and a half times the average cost of production. They were resolute in their demand that not paying MSP should be made a punishable offence and debt of all farmers should be waived off. The agitating farmers also demanded that a law should be put in place that guarantees payment from the buyers through arhatiyas, as has hitherto been the practice, to ensure that banks do not loot the farmers in the name of loan recovery.

The BKU and other participating organisations have announced that they will meet on September 13 to plan their strategy for taking the movement forward. They have warned the central government that if their demands are not met, they will intensify the agitation from September 20.