Interview with Comrade P.K. Sharma about the Strike of Bank workers

The Confidentiality Act is a legacy of British colonial rule, like the Land Acquisition Act.  The law exists from the epoch when we were enslaved to the white man.

Interview with Comrade P.K. Sharma about the Strike of Bank workers

MEL Correspondents:  We are informed about the all-India strike on 5th August that bank workers have called.  We understand that it is against the drive of big capitalists to more thoroughly loot the savings of our people and assets of state-owned banks in the name of privatization, consolidation and global competitiveness.  We would like to hear from you some of the details from the experience of workers in State Bank of India, with outsourcing and other attacks on workers’ rights. 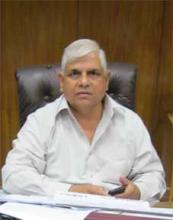 P. K. Sharma:  As far as State Bank of India is concerned, outsourcing has so far been implemented with respect to the office cleaning and security functions, while plans are being put forth for expanding outsourcing much wider and into many regular and essential banking functions. One major problem is that the Reserve Bank of India has defined “core business” very narrowly, to cover only cheque and cash receiving and disbursing functions.  Extending credit is a very essential part of banking services, but the RBI definition excludes it from its definition of core business. Using this faulty definition, the Central Government is planning to launch the outsourcing offensive. If it succeeds, it will have devastating consequences. The number of regular employees will be cut down. Private agencies called “business correspondents” will take over even the function of examination and verification of loan requests, with bank staff only responsible for the final approval. The private intermediary will charge for its services and shift the higher cost of its profit margin on to the customers. This is not of benefit to society, to make bank customers pay more so that private capitalist corporations can make more profits.

MEL:  Can you tell us something about the strength and composition of the workforce at SBI and any notable changes over time?

PKS: The total workforce of SBI consists of between 70,000 and 80,000 officer cadre and around 1,60,000 award staff, including clerical and less skilled functions. Over the past two years, there have been about 50,000 recruits including officers and clerical staff. The officers have their own association, which is very much a part of the United Forum that has called the strike at this time. The total workforce in the state sector of banking in our country is close to 10 lakhs or one million. India is almost the only country in the world today with such a massive number of unionised bank workers. There is a global interest among capitalists to finish off this last remaining bastion of unionised bank workers.

The definition of officers and workers is a very old one, dating to a time when there used to be one supervisor for every three clerical staff.  Today the ratio has risen to almost one supervisor for every staff supervised. This is a big change.  Some part of it could be due to the changing nature of work and larger amount of transactions through Automatic Telling Machines (ATMs).  However, ATMs are only being used a lot in the cities, not in rural areas.  There is a deliberate effort to reduce the numbers of workers covered by labour laws. In this context, it is good that the officers’ association has started demanding the right to legal limits on working hours per day, currently enjoyed only by the clerical and less skilled staff.

MEL:  As the largest bank in the country with maximum number of branches and total workers employed, the SBI has historically played the lead role in the banking industry in many ways. Can you tell us something about how this role has evolved and is evolving at this time?

PKS: Yes, SBI is the lead bank for the social cause of expanding access to banking services to the villages and remote parts of our country.  It used to play the leading role in fulfilling and over-fulfilling the targets set for lending to peasants and rural artisans in the past. Today the private banks show allegedly better results, if performance is measured only by the rate of profit.  They are only present in the major cities and some smaller towns. A single loan amounting to crores of rupees can be processed with much less human effort per rupee than the same amount in rural branches where each loan will only be a few thousand rupees. Even within what is counted as rural, the average size of loans vary a lot, like between a village near Greater Noida and one in central or east UP.  SBI has the maximum number of branches in remote areas. While priority sector lending for agriculture has come down, the Central Government is promoting new concepts such as “community-wise credit” and “minority focused credit”.  If SBI is to take the lead for such social banking, then how can performance be measured only by profitability?  Obviously the private banks that operate only in cities will achieve higher total lending business per worker employed, as compared to public sector banks having extensive rural branches.

MEL: If banking is to be really run in the general interests of society, it cannot simply be a return to the old model where big capitalists corner the lion’s share of available credit from public sector banks while the rest of society has limited or no access to bank credit. Can you share some views on this?

PKS: The problem with what you are calling the old model is that the Central Government has to be serious about the social cause and not offer loopholes for the private profiteers to exploit. For example, bank credit for farming operations was identified as a social priority in our country, the government and RBI have deemed that agro-business activities carried out by big corporations in Mumbai can be considered “allied industries” of agriculture and hence qualify as priority sector. This makes a mockery of public cause.  Under the new model being pushed since 1990, profits per person employed is the overriding yardstick, with senior officers getting monetary incentives linked to the total value of lending business they generate.  The Chairman of SBI is in Mumbai, and naturally cultivating links with the corporate bigwigs so as to expand SBI’s lending business to those whose demand runs to thousands of crores of rupees in a single loan.

MEL:  Has the SBI workers’ union done anything to expose the capitalists who have not repaid their loans, those responsible for the bad debt or “non-performing assets”?

PKS:  There are three lakh crores of bad debt owed by big business houses, which is far higher than what has ever been spent on debt waivers to farmers.  Some of our unions have tried to expose the names of the big defaulters, but there is a big hurdle in the form of the Confidentiality Act, which protects them and prevents discloure.

MEL:  What is this Act and how does it protect the defaulters?

PKS: It is a law that protects the rights of customers to confidentiality of their financial dealings with state institutions. The biggest defaulters benefit from this law. The peasant who defaults faces damaging actions but the big fish get away, with not even their names listed.

MEL:  How can those who have practically stolen large amounts of public wealth claim they have rights without repaying what they owe?  When was this anti-national law passed?

PKS:  The Confidentiality Act is a legacy of British colonial rule, like the Land Acquisition Act. The law exists from the epoch when we were enslaved to the white man.

MEL:  Has there ever been a demand in Parliament for scrapping or changing this colonial Act?

PKS: Not to my knowledge, no. But it certainly deserves to be changed.

MEL:  We have learnt many things from talking to you. Thank you for spending time with us.

PKS:  You are most welcome.