This is one of the four so called Labour Codes that the big bourgeoisie wanted the NDA government to implement during its first term. It failed at that time, due to resolute opposition from the working class. Having organized to bring the BJP back to power with an even bigger majority, the bourgeoisie is pushing for speedy passing of these four anti working class legislations by parliament, in order to ensure “ease of doing business”.

This is one of the four so called Labour Codes that the big bourgeoisie wanted the NDA government to implement during its first term. It failed at that time, due to resolute opposition from the working class. Having organized to bring the BJP back to power with an even bigger majority, the bourgeoisie is pushing for speedy passing of these four anti working class legislations by parliament, in order to ensure “ease of doing business”. ​ 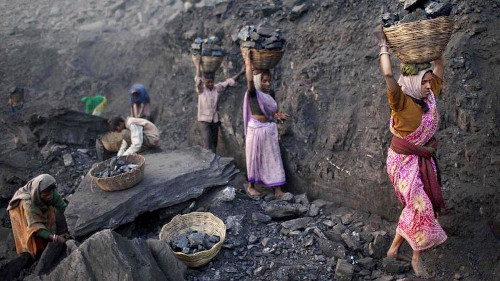 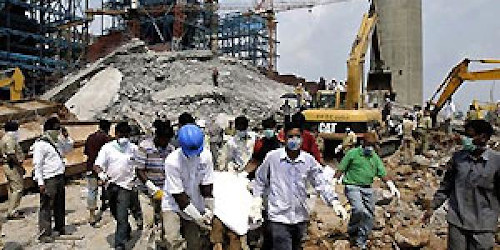 The safety, health and working conditions of workers have always been a major preoccupation of the working class movement of our country. Through many struggles waged in the period before independence, and after, the working class was able to force the capitalist governments to enact laws that provided for some improvement of working conditions for some sections of workers. Factory workers, mine workers, journalists and others working in the newspaper industry, contract workers, port and dock workers, beedi workers, construction workers and some other sections of workers were able to force the government to enact laws related to their sectors.

Despite these laws, the conditions in which workers are forced to work in are terrible. According to estimates, roughly 80,000 workers lose their lives every year in “accidents” at the workplace. Lakhs of workers suffer injuries, many of them disabled for life. Fires engulfing factories and godowns, underground mines caving in and trapping workers, mines getting flooded drowning the workers, blasts in furnaces, workers falling to death at construction sites, trackmen killed during work, deaths while cleaning sewers are a daily occurrence in our country — some reported, the majority going unreported. The majority of workers who lose their lives in this way, are workers on contract. These workers are forced to work in abysmal conditions, with all safety norms violated. There is no official count of the actual number of deaths in such accidents, since the government does not even bother to keep track of the conditions of workers in the lakhs of unregistered factories, offices, shops, sweatshops and construction sites that exist in our country.

Deaths in “accidents” at the workplace are not the only or major cause of death of workers due to working conditions. The conditions of work in the factories and mines are so terrible, that workers contract numerous diseases which lead to ill health and early death. Workers regularly contract cancer, lung disease, According to the International Labour Organisation (ILO), taking the world as a whole, about 3.6 million workers die every year as a result of accidents or diseases contracted at the workplace, including about 19% due to accidents. It estimates that about 33% of these deaths (nearly 1.2 million) are from South Asia, including India. These figures only point to the enormity of the problem facing our workers, since the government of India does not maintain any record of the number of workers who die as a result of diseases contracted at the workplace.

The terrible conditions in which the vast masses of workers of our country are forced to earn their living, is an indictment of the man eating capitalist system and the state, which is dedicated to protect this system of exploitation. It is not difficult to ensure that safe working conditions are created for workers. The capitalist class refuses to do so, because it will hurt its drive for maximum profits. All governments from the time of independence, till today, have worked to defend this drive of capitalists, even while they talk about their concern for workers. The Modi government is no different. ​ 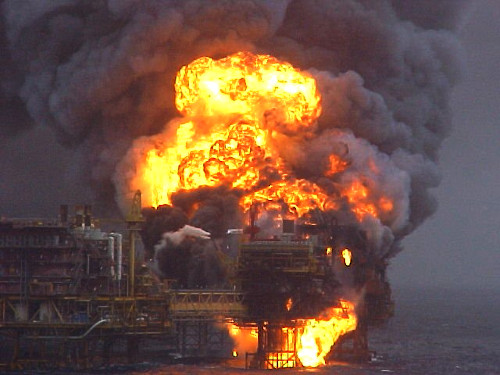 The Occupational Health, Safety, and Working Conditions Code Bill has been formulated by completely disregarding the suggestions of central trade unions as well as workers organisations who have been working amongst different sections of workers like construction workers, working journalists, etc. In other words, the concerns of precisely those who are victims of existing terrible conditions of work, have been completely ignored. This is proof that the bill, despite all the government propaganda accompanying it, is not aimed at improving occupational health, safety and working conditions of workers. It is aimed at making it easier for the capitalists to intensify the exploitation of workers.

The Bill excludes 90% of the workers of the country, including agricultural workers, by stipulating that it is applicable only to enterprises that show more than 10 workers on their payroll. The Bill also excludes IT workers as well as those considered “managers”, “supervisors”, etc.

The Bill allows the extension of the working week beyond 48 hours, in the name of “over time”. This is aimed at legalizing the terrible conditions of large number of workers in factories and shops, who are forced to work 12 hours a day, 6 days a week.

The Bill is a major attack on working women. It legalizes night work for women in most work, saying it is “voluntary”. How can a woman or girl, desperate for a job, refuse night duty “voluntarily”, when her livelihood is dependent on it? The Bill does not guarantee the safety and security of the working woman, either at the workplace, or on the way to and from work.

There are no mechanisms to ensure that health , safety and working conditions promised by the bill are actually going to be implemented. Workers are supposed to complain to the management if their working conditions are unsafe, and expect redressal! This completely ignores the reality that in this capitalist system, the worker is at the mercy of the capitalist, for his livelihood. A worker can afford to complain to the management about unsafe conditions, only at the risk of losing his or her job. The Bill removes the role of trade unions in demanding and fighting for safe working conditions.

The combining of 13 existing sectoral laws dealing with safety, health and working conditions of workers into one overarching labour code has not been done for the benefit of workers. It has removed many provisions which workers of these sectors had fought for, and incorporated in the respective laws. The new labour code is so long and complicated, full of legalese, no ordinary worker would be able to comprehend its provisions. Only a trained lawyer, versed in the art of promising one thing in one line and negating it in the next, could possibly comprehend it. In other words, the promise of the Modi government that “archaic laws” must be replaced, and simplified, has been proven to be an empty promise. The Bill does not constitute a clear and simple charter of workers’ rights at the workplace, which must be made known to every worker in every workplace in our country.