On 9th August, the farmers of the country led by the All India Kisan Sangharsh Samanvay Samiti, chanted ‘Corporate Bhagao-Kisani Bachao‘ and staged a demonstration in the districts, tehsils and panchayats of their respective states. At the same time, under the slogan of ‘Save the country’, lakhs and lakhs of workers led by central trade unions took to the streets. In many parts of the country, several organizations of workers and peasants came together in mutual solidarity and jointly organized meetings, rallies and demonstrations.

A militant protest was organized at Jantar Mantar in the capital city of Delhi.

Hundreds of workers very militantly participated in this demonstration organized under the leadership of CITU, AITUC, Mazdoor Ekta Committee, Hind Mazdoor Sabha, AICCTU, UTUC, AICUTUC, INTUC, LPF, and ICTU,. There were placards in the hands of the protesters which read – ‘Cancel the ordinances that will lead to market-oriented agriculture and privatization of farming!’, ‘Ensure the right price for farmers’ produce!’, ‘Stop selling coal mines to private capitalists!’, ‘Our voice cannot be suppressed under a mask!’, ‘Stop the attacks on peoples’ rights under the cover of Covid-19!’, ‘Ensure minimum wage for all workers!’, ‘Labour laws cannot be changed in favour of corporate owners! ,’ The capitalist class is incapable of running society! ‘, etc.

The representative of the All India Kisan Sangharsh Samanvay Samiti addressed the meeting along with representatives of labor organizations – Amarjit Kaur from AITUC, Tapan Sen from CITU, Harbhajan Singh Sidhu from Hind Mazdoor Sabha, Santosh Kumar from Mazdoor Ekta Committee, RK Sharma from AIUTUC, Ashok Singh from INTUC, Shatrujit Singh from UTUC, and Jawahar Singh from LPF. Addressing the protesters, the speakers strongly condemned the handing over of the Ordnance Factories as also Defense, Railways, Insurance, Telecom, Posts, Coal, Air India and 151 trains to the private sector. They raised the demand for immediate halt and withdrawal of privatization in all these sectors. The speakers also stressed on the farmers’ demands to liberate the farmer from debt, pay purchase price of one and a half times the cost of the crop, reduce the price of diesel by half, cancel the Electricity Amendment Bill – 2020 and increase the guarantee of work days under MNREGA by 200, etc.

Farmers of Haryana demonstrating in various villages, Choupals and Panchayats 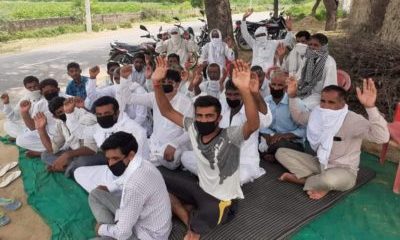 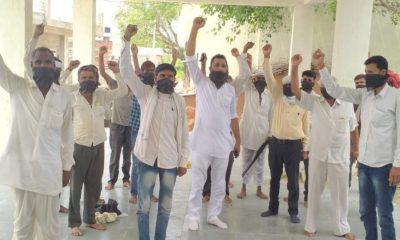 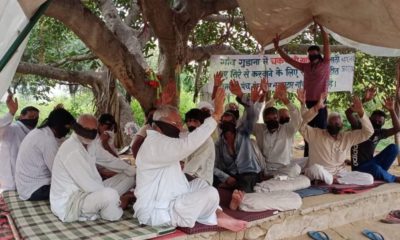 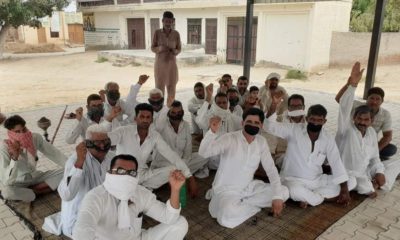 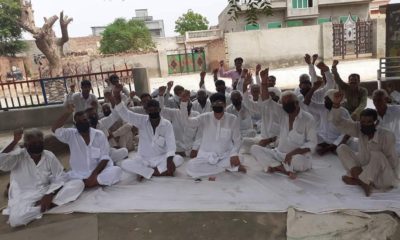