The protests of peasants at various protest sites at Delhi’s borders including Singhu, Tikri, Ghazipur, Chilla, Dhasna, Auchandi, Piau Manyari and Saboli entered the 35th day on December 30. Protests are also carrying on at the Rajasthan-Haryana border near Shahjahanpur and at the UP-Haryana border near Palwal.

The BJP led NDA government at the center and BJP governments in states like Haryana, Madhya Pradesh, Uttar Pradesh, Karnataka and Gujarat have unleashed a vicious campaign to discredit the peasant agitation that has swept all states of our country. They have tried to make out that the peasants do not know what they are fighting for and are being misled by the Congress and other opposition parties. They have tried to make out that only the peasants of Punjab and Haryana are fighting, while peasants in other states are “welcoming” the laws. They have tried to foment divisions between peasants of Punjab and Haryana by raking up the issue of Sutlaj Yamuna Link Canal. The ruling BJP has unleashed its entire propaganda machinery to break the unity of peasants. It has failed in this dirty aim.

Undeterred by the bitter cold and harsh outdoor conditions and all the attempts of the government to break their unity and discredit their struggle, the peasants remain steadfast in their struggle. 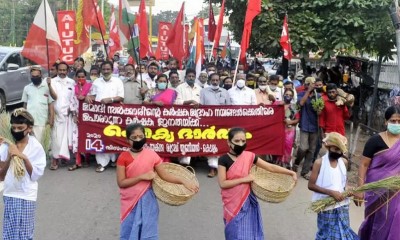 Hundreds of peasant organisations from Punjab, Haryana, Uttar Pradesh, Rajasthan, Bihar, Maharashtra, Gujarat, Karnataka, Tamilnadu, Kerala, Andhra Pradesh, Telengana, Chattisgarh, Madhya Pradesh, Jharkhand, West Bengal, Uttarakhand, Himachal Pradesh, and other states have come together under a common banner. They are ensuring that no party of the ruling class, whether the ruling party or the opposition parties, are allowed to hijack their struggle. They are demanding that the Central government  repeal the three anti-peasant laws passed by parliament in September. They are demanding that the government ensure that no peasant is forced to sell his or her produce at a price below a Minimum Support Price (MSP). The government must guarantee procurement of all agricultural produce at an MSP which will be 50% above the cost of production. 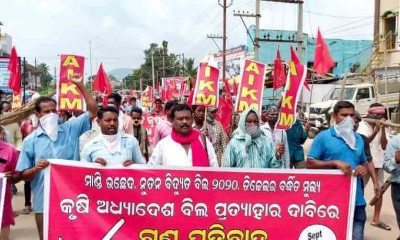 United under a common banner, the fighting peasants have rejected the government’s “amendments” and laid down their conditions for further talks. These include modalities to repeal the three laws, ensure law on minimum support pricing (MSP) for all crops, no penalty for stubble burning and amendments to the Electricity Amendment Bill 2020 to protect peasants’ rights. On December 30, the sixth round of talks between the peasant leaders and the government took place. In these talks, the government agreed to withdraw the Electricity Amendment Bill 2020. It also agreed to change the law to ensure that peasants are not penalized for stubble burning. However, the government has shown no signs that it will  withdraw the three anti peasant laws. In these conditions, the peasant organisations are planning to intensify their struggle. The next round of talks are slated for January 4. 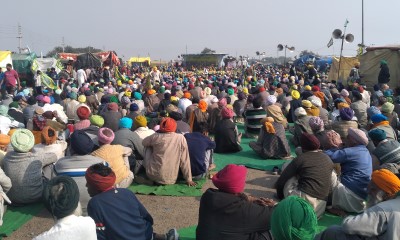 On December 28, a protest rally was organized involving thousands of peasants, at Pakoda Chowk, near the Tikri Border between Delhi and Haryana.  Similar protest rallies and protest hunger-strikes are being organized almost daily, at the protest sites all around Delhi. 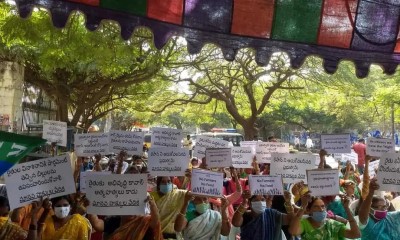 On December 22 thousands of peasants from nearly 23 districts of Maharashtra including Thane, Palaghar and Nashik, left for Delhi from Nashik to join the ongoing protests. Before leaving for Delhi, they expressed their anger by burning effigies of the PM and other top central government functionaries. The peasant demonstrators are reported have travelled in around 250 vehicles, covering nearly 1300 km across several states, including Madhya Pradesh and Rajasthan. They reached the capital on December 24 through the Mumbai-Agra national highway. 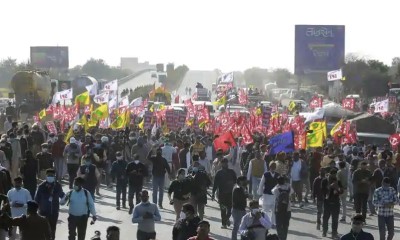 Peasants in Maharashtra have been in struggle, demanding a waiver on inflated power bills and implementation of the recommendations of the MS Swaminathan Commission. They have also been demanding financial assistance of Rs. 50,000  per acre for those whose crops were damaged due to unseasonal rain. They have opposed the three anti-peasant laws and joined the country-wide movement demanding that the government should repeal the laws. 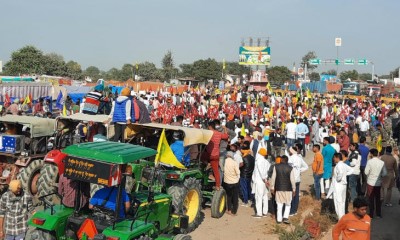 The protest site at Shahjahanpur on the Rajasthan-Haryana border, stretching over 2 km, has emerged as yet another epicenter of the ongoing agitation, together with the other protest sites at the borders of Delhi. Over 1200 women and men from Maharashtra, who travelled in 50-odd vehicles from Nashik, are protesting at Shahjahanpur.

The adjacent Delhi-Jaipur highway remains blocked as thousands of peasants from Rajasthan, Gujarat, and Haryana have been protesting at the venue since December 13.

At least 200 peasants from Gujarat are expected to join the protests soon. As one of the peasant agitation leaders said, “We have come all the way from Maharashtra to put pressure on the central government. We also want to expose the lies of the ministers who claim that only peasants from Haryana and Punjab are protesting. In reality, peasants across the country want these laws revoked.” 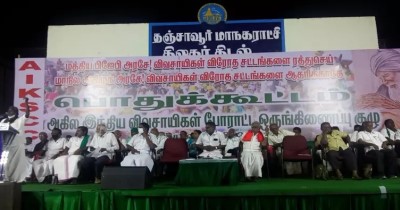 In Trichy, Tamilnadu, peasants’ organisations opposing the anti-peasant laws passed a resolution on December 17, to stage ‘suicide protests’ in support of the peasant protests around Delhi. They also announced their plan to send contingents of peasants to Delhi to join the protests there. 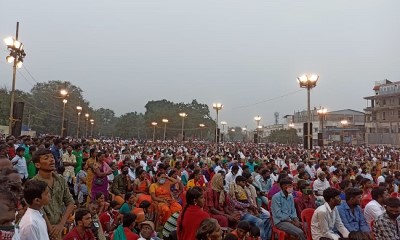 In Thanjavur, thousands of peasants participated in a massive protest rally on December 29, opposing the anti-peasant laws and in support of the month-long peasant agitation at Delhi’s borders. Thousands more were prevented by the police from reaching Thanjavur. The agitating peasants came from all the districts of Tamilnadu, and belonged to many different peasant organisations. 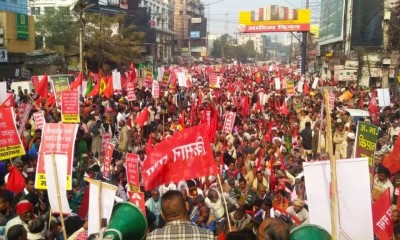 Patna witnessed a militant protest march on December 29. Thousands of peasants, under the banner of Akhil Bharatiya Kisan Sangharsh Samanvay Samiti, assembled early morning at the historic Gandhi Maidan and began their march to Raj Bhawan. Police resorted to lathicharge and fired water cannons on the peasants, who boldly defied the state repression and carried out their action.

Peasant rallies in support of the on-going agitation were also held in Manipur and Hyderabad on December 30.

Peasants of India have risen up and are participating in a momentous struggle. The issues raised by the peasantry are of concern not just to the peasantry, but impact the whole of society. The peasants have declared their opposition to the present orientation of the economy which is to fulfill monopoly capitalist greed instead of human need. The struggle of the peasants deserves the support of the working class and all other working people of our country.