We are publishing here a report received from Mazdoor Ekta Committee, of the convention held by the Trade Unions Coordination Committee.

The Joint Platform of Trade Unions of Delhi held an important convention on September 30 in New Delhi. The convention assessed the grave situation facing the workers of Delhi, particularly those in the informal and unorganized sector. It gave the call for united struggle against the growing attacks on our livelihood and rights. 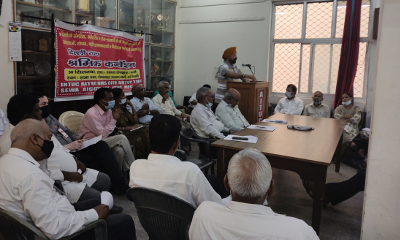 The convention highlighted the terrible problems of unemployment and insecurity of livelihood, with workers forced for longer hours at lower wages, with the constant threat of losing their jobs. The Covid-19 crisis has greatly aggravated these problems. The lack of public health services and basic facilities during the Covid-19 pandemic greatly added to the sufferings of the workers. The lack of any social security has meant that workers have been left to fend for themselves. On the other hand, the wealth of the biggest monopoly capitalists has grown by leaps and bounds.

The convention pointed out that the government is implementing the agenda of the biggest monopoly corporate houses. The government utilized the Covid-19 restrictions to push through the anti-kisan laws and labour codes, which constitute a grave attack on our kisans and workers. The convention criticized the privatization and monetization program, under which land and public assets worth thousands of crores of rupees are being handed over to the corporate houses. The privatization program, it was pointed out, will fuel further unemployment and attacks on the livelihood and rights of the workers. 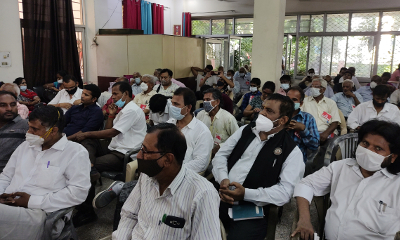 The main demands raised by the trade unions of Delhi at the convention included: repeal of the four labour codes; repeal of the anti kisan laws; minimum wage of Rs. 21,000 per month; compensation for workers who lost their jobs during the Covid crisis; free vaccination; end to contract labour; equal pay for equal work; social security and old age pension for all workers; an end to the privatization program, etc.

The convention called for a united struggle in defence of our livelihood and rights. It gave the call for a joint strike action by all trade unions of Delhi on November 25, 2021.