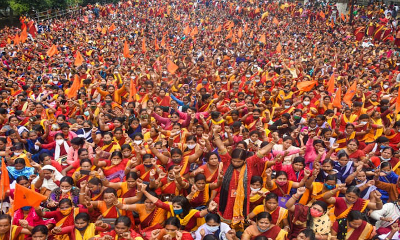 Thousands of Anganwadi workers staged a protest on December 6 and again on December 13, near the state Assembly in Bhubaneswar, Odisha. The protest action was organised under the banner of All Odisha Anganwadi Ladies Workers Association.