On the morning of 17 May, a massive protest was organized at the residence of the Labour Minister of Delhi, led by the Joint Forum of Trade Unions of Delhi. 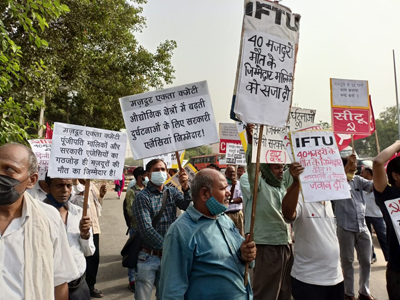 The workers expressed their anger through banners and placards in their hands. The slogans written on the banners/placards included the following – 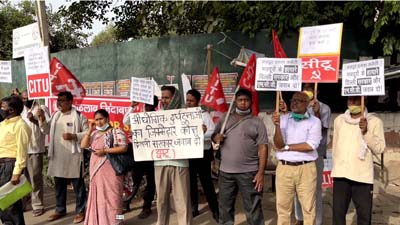 Holding the labour ministry and municipal officials, the government and the entire state administration, responsible for the deaths of the workers in the Mundka fire-tragedy, the enraged workers demanded justice and compensation for the families of the workers who died in the fire- tragedy. They demanded strictest action and punishment against the state authorities responsible for this fire. The protesting workers also demanded from the government that strict steps should be taken immediately so that such fires and industrial accidents never happen again and all the rights of the workers are guaranteed.

A memorandum consisting of these demands, was submitted to the Labour Minister, on behalf of all the trade unions. 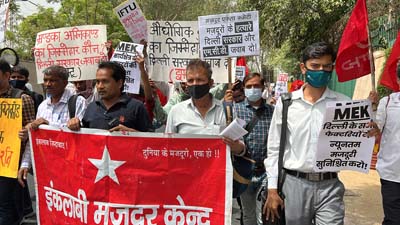 Expressing their anger against the death of workers in the horrific factory fire in Mundka on May 17, several trade unions, women’s organisations, youth and student organizations and other mass organizations organized a joint protest at the Delhi Secretariat.

The representatives of all the organizations that took part in the protest, held the state and the government responsible for these inhuman working conditions of the workers and the death of the workers in the fire. The protesters demanded that all responsible officers should be held accountable, they should be given the harshest punishment and all the rights of workers and safety at the workplaces should be ensured. They submitted a memorandum with these demands to Manish Sisodia, the Labour Minister of Delhi Government.