On July 6, four workers’ unions of the SNCF (the state owned railways of France) —  CGT, UNSA, SUD-Rail and CFDT – went on strike. The strike paralysed train services throughout the country. 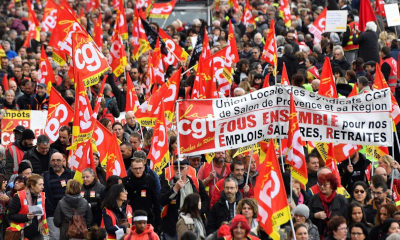 According to SNCF, about one in four high-speed trains had to be cancelled because of the strike, while regional services such as suburban trains in Paris and other regions were disrupted.

The railway workers are demanding a general and immediate increase in wages. They are unable to cope up with the rising cost of living. Inflation in France is expected to reach 5.9% this month.

The workers have pointed out that at SNCF, there has been no general wage increase since 2014. Entry-level salaries are very low, some even 7% below minimum wage. Work in the railways is very high stress work, 3 x 8 shift work, night work, weekend work, etc., for which the salaries are very low. Giving the example of a starting switchman, a union spokesperson explained “When he’s recruited, he has four months of training and very important legal and operational responsibilities, because the slightest mistake can cost lives. And he starts at 1,350 euros, just 50 euros a month more than the guaranteed minimum wage!” 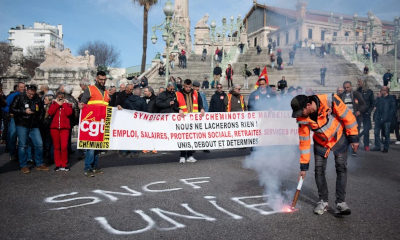 The railway unions of France have raised the issue of wage raise with the management several times in the past few months. On June 16, the railway workers’ unions — CGT, UNSA, SUD-Rail and CFDT — unitedly approached the management for wage negotiations. But the management met the unions in bilateral meetings only and held forth the promise of a roundtable meeting on July 6, with the workers’ representatives, regarding the demand for a wage hike. The strike call has been given to put maximum pressure on the management to work out a settlement in favour of the workers’ demands.

The railway workers have declared that they cannot wait for the annual wage increase at the end of the year. The July 6 strike is a powerful expression of their determination to carry on the struggle in support of their demands.