Workers of the Public Health Engineering Department (Jal Shakti) of Jammu region have been carrying on a prolonged strike since June 22. Their strike has badly affected water supply in many places in the Jammu region.

The strike has been organised under the banner of Public Health Engineering Employees United Front (Jammu province). Workers are demanding that the government address the pending issues raised by workers. In particular, they are demanding that the government regularise the workers who have been employed as casual workers and are called daily rated workers. Workers are also demanding enhancement of 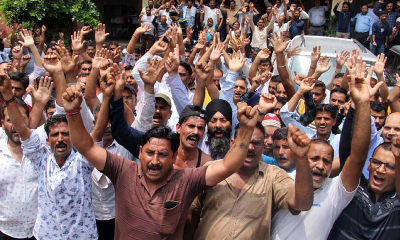 minimum wages, and release of wages of the PHE workers that have been pending for the past 70 months. Workers are also demanding that the government hire more workers, in order to ensure that the work of the department is carried out properly.