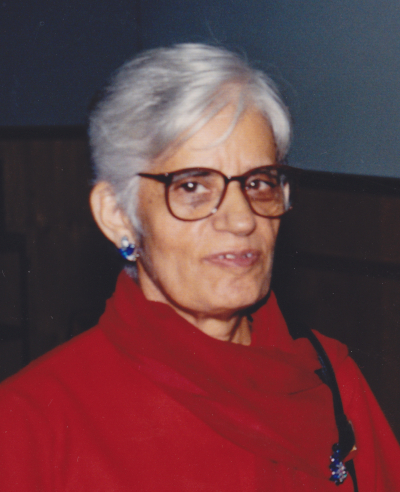 On August 21, our beloved Comrade Gurmit Kaur Nunner passed away peacefully, after a prolonged illness, with her daughter Indira and son-in law Manuel at her bedside. She was 94. The Central Committee of the Communist Ghadar Party salutes the memory of this staunch communist fighter.

Gurmit Kaur was born on March 5, 1928 in Mahilpur, Punjab into a patriotic communist family. She was imbued with love for the motherland, and the ideals of communism from a very early age. She upheld these values and beliefs throughout her entire life.

Gurmit was the daughter of Gurbaksh Singh Bains and Amar Kaur Sahota. Her father was an active member of the undivided Communist Party of India and later on, of the Communist Party of India (Marxist). As a consequence of his revolutionary activity, he was jailed for long periods, and was forced to live underground. Gurmit and her older siblings Ajit Singh Bains and Ranjit Kaur worked to support the family in such difficult conditions. Together they ensured that their four younger siblings — Gurdev Kaur, Yashdip Bains, Harmohinder Bains and Hardial Bains — all received college education.

Throughout her active life, Gurmit fought against all backward customs and traditions that kept women enslaved. She along with her elder sister Ranjit were the first girls from Mahilpur to join college. Gurmit was an active member of the communist led women’s organization in Punjab.

Gurmit and her young family emigrated to Canada in 1960. In Canada, she was an active participant in the struggle against racism and fascism, for the rights of all. She was a founding member of the East Indian Defence Committee, the People’s Front against Racist and Fascist Violence, the Democratic Women’s Union of Canada, and the Association of Indian Progressive Study Groups.

Gurmit contributed her utmost to the communist movement in both Canada and India. She was ever willing to take up whatever task was assigned to her, until her mind and body failed.

On behalf of the Central Committee of the Communist Ghadar Party of India, I extend heartfelt condolences to the family and all comrades of this internationalist communist.