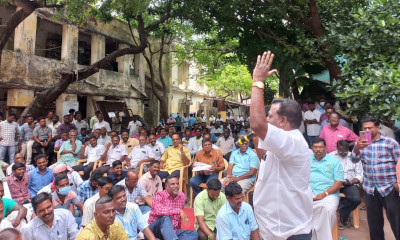 The workers of Puducherry’s electricity department have achieved a temporary success in their fight against privatisation. They have got an assurance from the Power Minister of the Union Territory that the process of privatization of electricity distribution will not be pushed through, for now.

Thousands of employees of the department went on strike on 28th September 2022, a day after the government issued a tender inviting bids for 100% privatisation of  Puducherry’s distribution and retail supply of electricity. The workers launched a sit-in that went on for 6 days despite heavy police presence at the site of the protest. Finally, their action forced the Chief Minister and Power Minister to hold talks with them. They were assured that the move to privatise would be reconsidered. 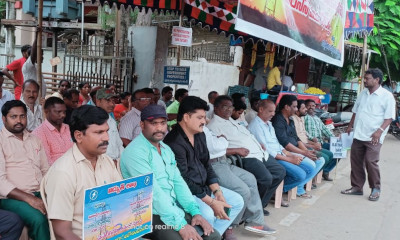 When the privatisation proposal was first mooted in June 2022, at that time too, employees of the department had launched an indefinite strike against the privatisation move. While asking the employees to withdraw the strike, the Chief Minister had assured the employees that he would consult them before giving any consent to hand over the distribution network to a private player. No consultation was done before inviting the bids in September 2022.

In the course of the talks, the workers put forward their arguments as to why there was no basis for privatising electricity supply in the UT. They pointed out that Puducherry has almost the lowest tariff in the country, consumers are satisfied, and power department of Puducherry is making profit. They argued that it was not in the interest of the UT to literally gift the assets of the department to a private player, like it was done in Chandigarh. Further, they questioned the validity of the privatisation even while the Standing Committee report on the Electricity (Amendment) Bill 2022 was awaited. It may be recalled that the Bill was introduced in the Parliament on 8th August and it was referred to the Standing Committee on Electricity Affairs.

After these talks and the declaration by the minister, the Puducherry Electricity Workers’ Action Committee decided to call off the strike for the present. The Action Committee will review the necessity for further agitation.