105 years ago, on 7 November 1917, the workers of Russia, led by the Bolshevik Party, rose in revolution and established their own rule, in place of the rule of the capitalists and landlords. This shook the whole world. It struck terror in the hearts of the bourgeoisie throughout the world. It inspired hope in the workers and oppressed of all lands, that it is possible to build a society free from all forms of exploitation and oppression. 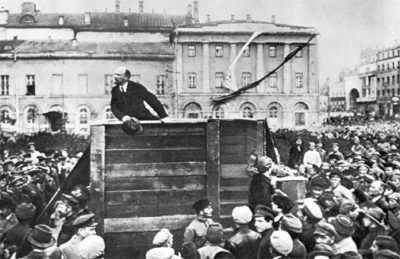 The Central Committee of the Communist Ghadar Party of India carried out a campaign in the centenary year of the October Revolution to educate the entire party about how the Bolshevik Party led the working class of Russia to victory in the revolution. This campaign culminated in a public celebration of the Centenary of the Great October Socialist Revolution, in which the keynote address was delivered by Comrade Lal Singh, General Secretary of the Communist Ghadar Party.

The links to these are provided below.