Under the banner of ‘Bijli Kranti Rally’, thousands of electricity workers and engineers from all parts of India came together in a massive protest demonstration at Jantar Mantar in New Delhi, on November 23. They were protesting against the Electricity (Amendment) Bill 2022 and the attempts of the government to privatise electricity supply. The protest was organised by the National Coordination Committee of Electricity Employees and Engineers (NCCOEEE). 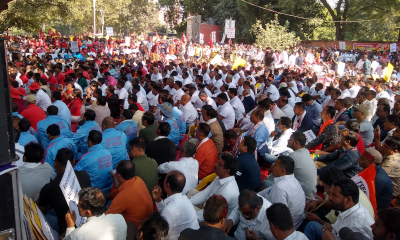 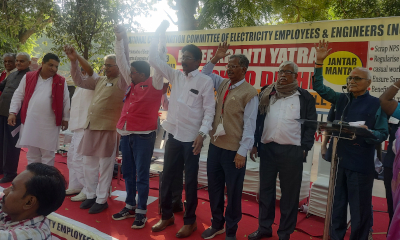 The main stage had huge banners that highlighted the main demands of the protestors. There were banners of trade unions and workers’ organisations, participating in support of the electricity workers. 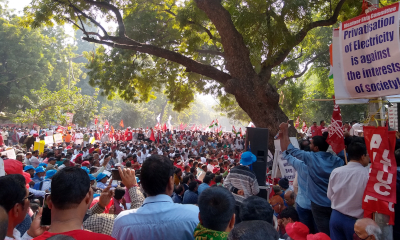 The protest site resounded with militant slogans of the electricity workers. The slogans were raised in different languages, by the participants of different regions, all united in their determination to persist in the struggle until the Bill is revoked. 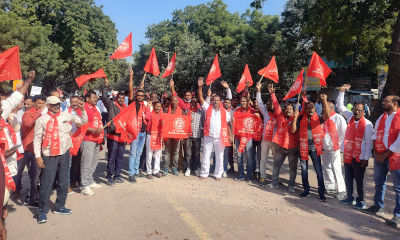 Other office bearers of the NCCOEEE who addressed the rally included Prasanta Chowdhary, Mohan Sharma, Samar Sinha, RK Trivedi, P Rathnakar Rao, Abhimanyu Dhankad, and others. Representatives of the electricity workers from the different states also spoke from the stage, described the experience of the struggle in their respective regions and hailed the great display of unity of the workers from all over the country. 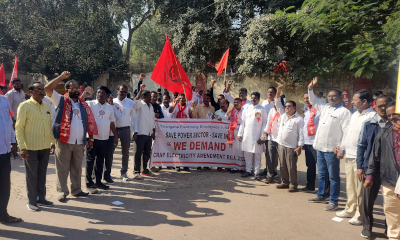 All speakers emphasised the fact that electricity is a fundamental right and a universal human need, therefore it is the duty of the state to provide assured and adequate electricity supply to all people in all parts of the country, at affordable rates. It cannot be turned into a source of private profit for the big monopoly corporate houses – the Tatas, Ambanis and others. The disastrous consequences of the bill for the workers, kisans and all other consumers of electricity were highlighted. Speakers condemned the arrogance of the government which was refusing to pay attention to the voice of the electricity workers. They called on the workers assembled at Jantar Mantar to prepare for a country-wide agitation, to force the government to concede their demands.

A delegation of Mazdoor Ekta Committee (MEC) participated in the demonstration and expressed wholehearted support for the struggle of the electricity workers. A statement issued by MEC on the occasion was widely distributed.

See the statement issued by MEC