December 25 marked the 42nd anniversary of the founding of the Communist Ghadar Party of India. To mark this joyous occasion, public meetings have been held in Delhi and Mumbai. 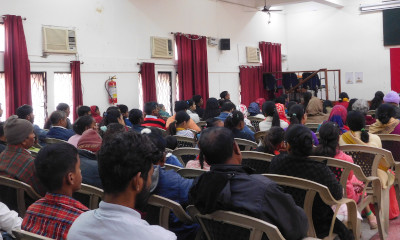 As the meetings began, all the comrades stood up to give a standing ovation. They heard with rapt attention, the speech of Comrade Lal Singh, General Secretary of the Communist Ghadar Party of India, on behalf of the Central Committee of the Party.

“It is our task, as communists, to make the crores of exploited and oppressed people unite and defeat the lakhs of exploiters.

“We need to restore the unity of the communist movement in the course of building the revolutionary political unity of the people around the program to establish workers’ and peasants’ rule and lift society out of crisis.”

These were part of the concluding words of Comrade Lal Singh’s speech. 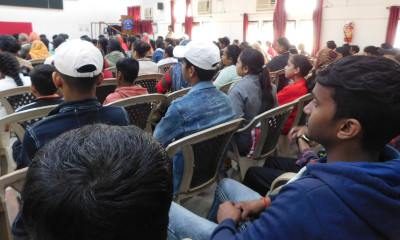 The speech of Comrade Lal Singh was received with thunderous applause by all present. With great enthusiasm, comrades went to the stage, one after the other, to talk about the work of the party, its revolutionary line, and their own experience of working in the ranks of the party. They highlighted how our party has held aloft the red flag in the present period, when the wind has been blowing against the forces of revolution and socialism on the world scale.  Their words resonated with what was in the minds of everyone present. 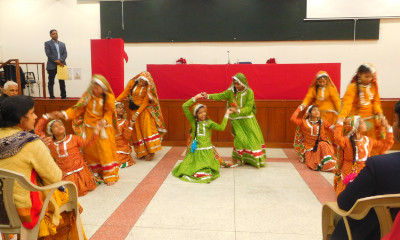 After the discussion on the speech, there were  colourful cultural programs.  Large numbers of youth participated in folk dances and revolutionary songs. The celebrations concluded with all the participants standing up and singing the Internationale, the song of the international working class.

A meeting of party comrades was also organized in Toronto, Canada, to celebrate the 42nd anniversary of the founding of the party. 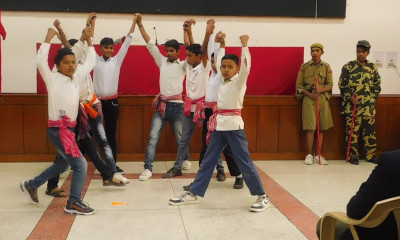 The celebrations on the occasion of the anniversary of the founding of the party are  a powerful expression of the militant revolutionary enthusiasm that prevails in the Party.  They show the conviction of party comrades, based on science, that the present period of counter-revolution is bound to give way to another revolutionary period in the near future.  The task we face is to prepare the proletariat to ride the tide of revolution to victory. 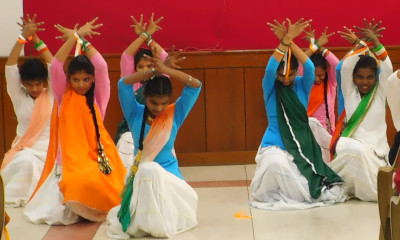 We reproduce below the speech of Comrade Lal Singh, on behalf of the Central Committee, on the occasion of the 42nd anniversary of the founding of the Communist Ghadar Party of India.