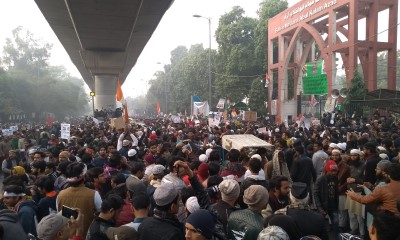 2020 opened in the midst of mass protests against the divisive Citizenship Amendment Act (CAA) and the proposed National Register of Citizens (NRC). The protests that began from Jamia Millia Islamia University and Shaheen Bagh in December 2019 spread to university campuses and towns all across the country. Women, young and old, rejected all social restraints and led the way. The unity of the protestors was manifested in the assertion that India belongs to all of us – irrespective of religion. They faced state repression with courage and defended the unity of our people. 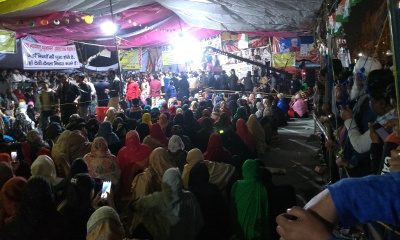 The ruling class attacked the people protesting as “anti-national”. It tried to break the unity and fighting spirit of the people by organizing communal massacre in NE Delhi and thereafter, punishing and harassing the victims themselves. People across all religious faiths came out to denounce this and to provide food and relief, including legal aid to the victims of the NE Delhi communal violence. Finally the government used the pretext of Covid-19 to ban all forms of protest. 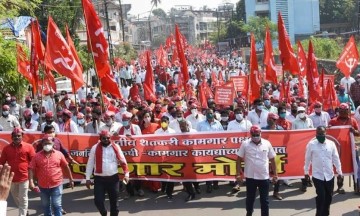 2020 witnessed massive protests by the Indian working class against the attacks on their livelihood, on their dignity and on their right to organise. They began the year by organising an All India General Strike on 8th January. Workers came out in protest against the privatisation drive of the bourgeoisie and the proposed codification of labour laws. Workers of public sector banks, municipal and transport corporations, bank and insurance employees, construction workers, teachers, university employees and students in their campuses, ASHA and Mid-day Meal workers participated in the strike. Doctors and staff of government hospitals wore black bands in solidarity with the General Strike. 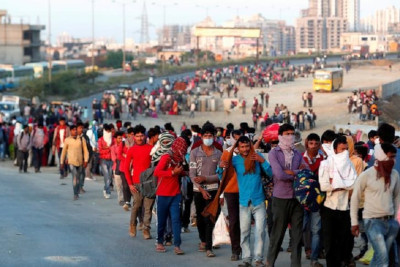 During the lockdown enforced in the wake of the Covid 19 pandemic the biggest capitalist monopolies increased their wealth enormously while crores lost their livelihood and are still struggling. The government did nothing by way of compensation for lost wages, by way of providing accommodation; it cancelled all trains and interstate movement of buses and did nothing to organise transport to take them back to their homes. This led to lakhs of workers and their families trudging back home for thousands of miles in the hot sun, with aged parents, women and children, with no food or water. The workers who protested against these inhuman condition in several cities and towns were brutally attacked by the police. In those days of terrible suffering for workers, working people in cities and rural districts organised food and other relief material for the migrant workers.

The ruling class and state tried to use Covid-19 to completely muzzle people’s protests; it continues to impose section 144 in the name of Covid precautions and arrests people who come out onto the streets to demand their rights. It passed anti worker and anti-peasant laws and stepped up the privatisation program. 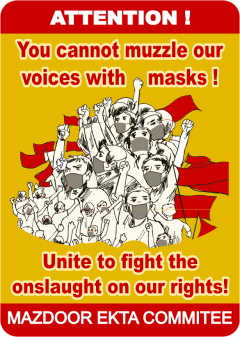 The workers and peasants, women and youth refused to let their voices be muzzled. The trade unions and peasants’ organisations organised protest action against attacks on their rights. Coal workers, rail workers, petroleum workers, ordinance factory workers, and workers of other public sector enterprises organised many protest actions opposing privatisation. The Central Trade Unions gave a call for the second General Strike of the year on 26th November to demonstrate their uncompromising opposition to the labour codes, to the privatisation program, and to the attacks on their peasant brothers and sisters.

2020 has been a year wherein the peasantry of our country has shown unprecedented unity and resolve to oppose the attacks on its rights. Hundreds of fighting organisations of peasants from different states have come together under a common banner of struggle. They gave the call for “Dilli Chalo” to peasants from all states to converge on Delhi on 26th-27th November.

Peasants across the country have been up in arms against the three anti-peasant and anti-people ordinances which were passed by the government in June and later promulgated as laws in September. Protests by peasants spread across the rural districts of many states. Workers and peasants organisations have come together and jointly organized meetings, rallies and demonstrations.

As the year came to a close, the country and the whole world has been witness to the even stronger unity among the people despite the machinations of the state to break this unity. The workers, peasants, and people of all walks of life and from all faiths are waging a determined struggle for their rights. They are opposing the present orientation of the economy which is solely directed at fulfilling the greed of capitalist monopolies, and not peoples needs. They are asking why the government, which claims to be their representative, is deaf to the concerns of the working people. The people are demanding a system in which the working people, who constitute the overwhelming majority of society, will be the decision makers and be able to orient the economy to fulfil their needs.