On 30th May, five workers got trapped in a “rat-hole” mine at Umpleng in Meghalaya’s East Jaintia Hills district as it was flooded following a dynamite explosion. As of 14th June, none of them has been rescued. When the rescue agencies of the state government failed to rescue the workers, the government sought help from the Navy on 13th June.

The district administration has identified the victims, four of whom are from Assam and one from Tripura. Six fellow workers of the trapped workers are safe as they had come out of the mine at the time of the accident.

Earlier in January this year, six workers lost their lives in an accident that took place at an illegal “rat-hole” coal mine in East Jaintia Hills district. Before this in December 2018, 15 workers were killed in an accident at an illegal mine in the Kasan area of the same Jaintia Hills district of the state. (For detailed report visit http://cgpi.org/7709)

“Rat-hole” mining in a coal mine is a non-scientific method in which coal is mined by constructing a narrow tunnel to remove the coal lying at the end of the mine. Mostly children are engaged in this work as they can easily pass through these narrow tunnels.

National Green Tribunal (NGT), a government body had banned this kind of mining in 2014. But this ruling is openly violated all the time. Mining in such illegal “rat-holes” mines still continues with the collusion of senior government officials, politicians and the administration. Many coal rich states of the country like Jharkhand, Chhattisgarh, West Bengal, Meghalaya etc., have vast resources of coal. Large quantities of coal are produced in these states, mainly under the public sector. Apart from this, there are many small mines where illegal mining of coal is carried out. All this is carried out with the full knowledge of state agencies, and with the collusion of leaders of major political parties, officials, contractors and local coal mafias. No safety regulations are followed in such mines. Accidents keep taking place in such mines. The victims of these accidents do not get any kind of compensation.

Even the public sector coal mines do not have adequate arrangements for the safety of workers, due to which hundreds of workers lose their lives every year. An accident that took place on the evening of 29th December 2019 at the Lalmatiya mine of Eastern Coalfields Limited in Godda district of Jharkhand is an example of this. Investigations revealed that mining was being carried out 200 feet below the ground level, when 100 feet long wall collapsed and around 100 workers were killed after getting buried under the collapsed soil in the mine. Even after a week-long rescue operation, none of the workers could be rescued alive. Jai Prakash, Assistant President of National Disaster Relief Force, arrived from Patna and clearly said that, “This was not a natural accident. It was man-made. There are no measures for ensuring safety here. There is still a lot of danger in the area that we are searching.” (For detailed report visit http://cgpi.org/5210)

In such conditions, expecting that the government or any contractor will care for the safety of the workers in such illegal mines is foolish. 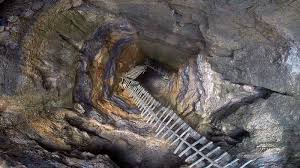 These accidents clearly show that central as well as state governments are guilty of criminal collusion with the illegal coal mafias. Central and state governments are completely responsible for the running of such coal mines and death of innocent children and young workers in these mines.