Simultaneously, an indefinite demonstration has been started outside the Najafgarh zone headquarters which will be kept up till the demands are met. 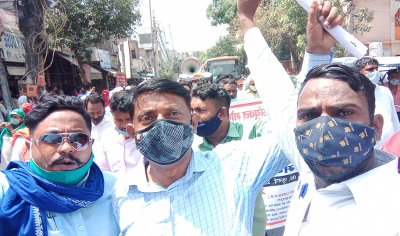 This struggle was led by SDMC United Front of Najafgarh Zone. The General Secretary of the workers’ organization told Mazdoor Ekta Lehar that the batch from 1998 to 2000, which the Municipal Corporation has ordered to be permanently placed, has not been made permanent yet. One of the main demands is that they should be made permanent at the earliest.

Another major demand is that the permanent sanitation workers who have worked for 10, 20 and 30 years are not educated. Therefore, by giving them 10 days of class and training, their pay scale should be increased. Whatever is due should be given to them.

Some other demands of sanitation workers are as follows: