Britain witnessed the biggest strike by rail workers in the last 30 years on June 21. Tens of thousands of rail workers walked out from duty, in support of their demand for wage raise and security of jobs. 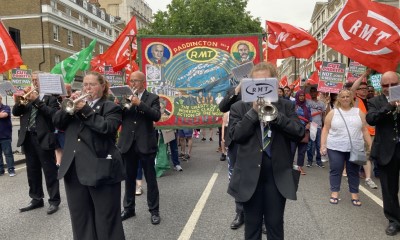 Picket lines appeared from dawn with more than 40,000 rail workers on strike, bringing the entire rail network of Britain to a standstill. The London Underground metro network was also closed due to a 24 hour strike by the workers.

The National Union of Rail, Maritime and Transport Workers (RMT), the union leading the strike, has announced a prolonged action plan, with the strike being repeated every Tuesday, Thursday and Saturday. The union has said that the strikes will continue until the government agrees to their demands.

All sections of railwaymen participated in the strike, including cleaners who are paid extremely low wages. Railworkers are fighting for a wage increase to cope with the rising cost of living. Inflation in Britain is at its highest in the last forty years and is continuously rising. 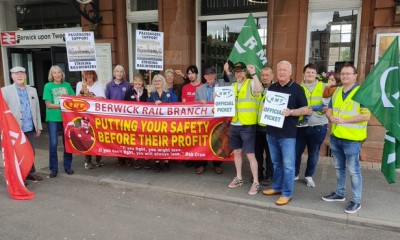 The striking rail workers are also fighting for better working conditions and job security. The Covid-19 pandemic had caused many rail services to close down. The authorities have thrown many workers out of their jobs, and at the same time increased the workload on the remaining workers.

The companies that run the rail services have offered a meagre 3% raise, whereas inflation in Britain is currently reported to be 9%. The railwaymen’s union has blamed the government’s budget cuts of 4.9 billion pounds as part of the government’s ‘transport austerity’ program, for the problem of declining wages of the rail workers. The union has refused to accept offers of below-inflation pay rises by both overground train operators and London Underground that runs the underground rail network.

The demands of the unions include protection of jobs, better pay, safety at work. Workers are demanding proper track monitoring and maintenance. They are opposing the removal of guards on trains, and the plan to shut down 1000 ticketing offices in the name of cost cutting.

The strike by British rail workers is part of the struggle of working people of Britain against the attacks on their jobs, wages, and working conditions.