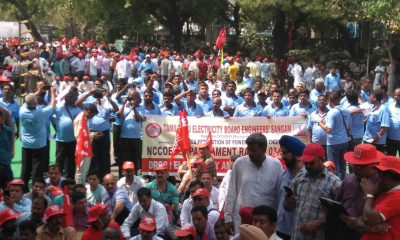 The All India Power Engineers Federation has written to the Union Power Minister demanding that the bill should not be introduced in the monsoon session of Parliament, without talking to power consumers and electricity workers in detail, on the draft Electricity (Amendment) Bill 2022 recently released by the Central government. At the same time, they have also written to the Chief Ministers of all the States and Union Territories, urging them to take effective steps to prevent the passage of this Amendment Bill in Parliament, which has far-reaching consequences for power consumers and power workers. Announcing a nationwide agitation against the bill, a meeting of the National Coordination Committee of Electricity Employees and Engineers is scheduled to be held in Delhi on July 20.

Terming the Electricity (Amendment) Bill 2022 as a draft of the privatisation of the entire power distribution, the All India Power Engineers’ Federation has announced that the power workers will strongly oppose it.