On 4th August 2022, drivers of Indian Railways staged a dharna at Jantar Mantar and observed a full-day fast. This fast was against the anti-rail and anti-people policies of the government. The dharna was organised under the leadership of the All India Loco Running Staff Association (AILRSA). Despite heavy rains, the railway drivers continued their sit-in and enthusiastically raised slogans against privatisation. 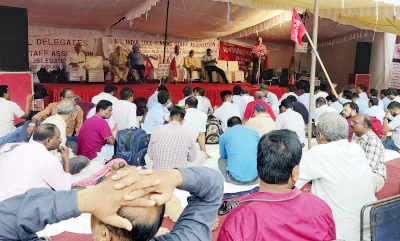 In support of this fast, railway drivers in all divisions of railways and at their headquarters fasted through their work day. At the same time, railway drivers who were in training, also participated in it.

A delegation of AILRSA submitted a memorandum of their demands to the Railway Minister. 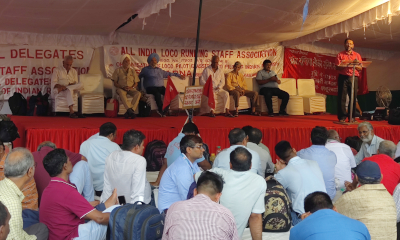 They demanded improved and secure working conditions, proper facilities at the workplace for women railway drivers and installation of air conditioners and toolboxes in engine rooms, etc. At the same time, they also raised the issue that the National Pension Scheme should be canceled. They demanded that night allowance, high risk allowance, etc. fixed by the railways should be paid. Railway drivers should be made to work on the roster of 8 hours of duty. Assistant railway drivers should not be forced to work as train managers. High risk allowance should be implemented for assistant drivers.

The struggle of all railway workers, including rail drivers, is an important struggle in the ongoing struggles of the working class against privatisation. In order to save the wealth of the society from being sold to the capitalists and to save this largest employment institution, all the citizens of the country will have to intensify their united struggle against privatization.