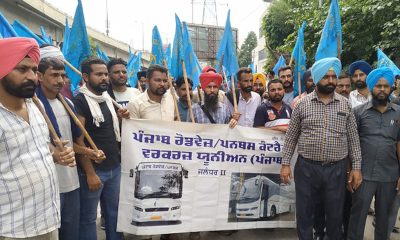 The contract workers of Punjab Roadways, including workers of PUNBUS Sewa and PEPSU Road Transport Corporation, organized a three-day strike from August 14, demanding regular employment and equal pay for equal work. The strike was organized by the PRTC contract workers’ union and about 8,000 workers took part in it. More than 3,000 buses were off the roads due to the strike.

According to the union, there are hundreds of such contract workers in the PRTC who have been employed for 15 years, and are still not regularized. The union has demanded that the blacklisted workers should be taken back, outsourcing should be abolished and 1000 new buses should be purchased for PRTC. It may be recalled that before the Vidhan Sabha elections, the Aam Aadmi Party had promised that PRTC workers will be regularised 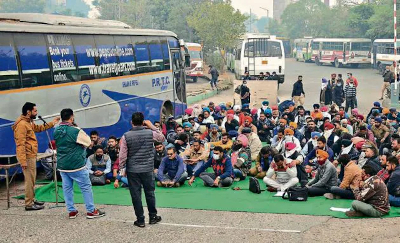