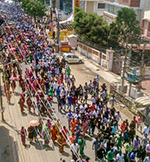 The first anniversary of police firing on protestors against the Sterlite copper plant in Tuticorin, in which 13 people were killed, scores of others wounded and hundreds arrested was observed on May 22nd. Families of victims of the police firing, protestors who demanded the closure of the plant, and people living in the vicinity of the plant are extremely upset and angry over the continued denial of justice.

The first anniversary of police firing on protestors against the Sterlite copper plant in Tuticorin, in which 13 people were killed, scores of others wounded and hundreds arrested was observed on May 22nd. Families of victims of the police firing, protestors who demanded the closure of the plant, and people living in the vicinity of the plant are extremely upset and angry over the continued denial of justice.

Last year 20,000 people protested, over 100 days, against the expansion of the Sterlite Copper plant, one of India’s largest copper producers. The company is controlled by Vedanta Ltd, a majority-owned subsidiary of the London-based metals and mining company Vedanta Resources. It planned to double the capacity of its smelters, from its current 400,000 metric tonnes of annual copper production. This sparked outrage among the people of Thoothukudi. They said the existing smelters had contaminated their air and water, causing a range of ailments, from respiratory disorders to cancer (See Box). ​ 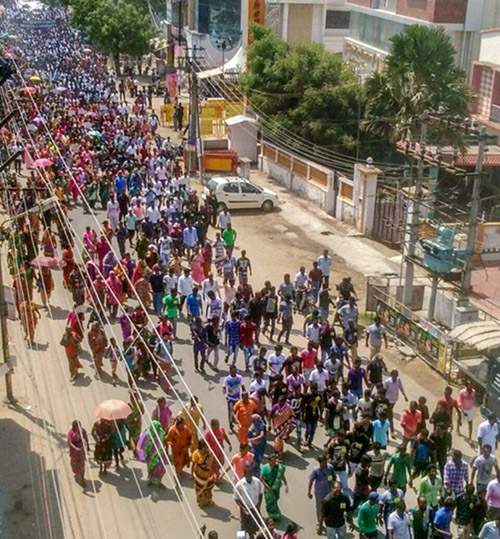 ​On May 22, 2018, after some of the protesters gathered outside the district collector’s office, a plainclothes officer opened fire, killing 13 people. The incident was one of the environmental protests, which met with the most violent state oppression in India in a decade.

Rights and environmental activists have pointed out Sterlite has violated the law on multiple counts, and unless the environment of Thoothukudi is restored to its original quality, there is no question of continuing with a polluting factory. Others have pointed out that regulatory agencies and authorities must recognise that payment of a penalty by the company for its crime or payment of compensation by the state for victims of state violence cannot absolve them of their guilt.

A Madurai-based human rights organisation People’s Watch, in its report ‘A Year After Thoothukudi Burned’ released this May, criticises the failure of the National Human Rights Commission for dropping its inquiry citing “adequate compensation” was paid to victims. Highlighting that the state has reduced the parameters of justice to just compensation and jobs, the report says no family of the victims was provided post-trauma counselling, and most jobs given were that of a thalayari (village assistant), for which they were over-qualified.

Rights activists also released an inquest report in July last year incriminating the district administration for its role in the avoidable loss of lives.

People have been demanding that those responsible for the firing at the highest levels should be punished. Families of victims of the firing and those injured need to be adequately compensated and economically rehabilitated. Workers and others dependent on the copper smelter, whose families have been severely affected by the closure, should be provided alternate avenues of livelihood without any loss of benefits or income. Harassment of rights activists and protestors should immediately stop. The environment and groundwater resources have to be restored to their original unpolluted state.

The Indian State is least concerned about the well-being of its people. It has defended the unbridled exploitation of the land, rivers, ground water and other resources of the people by profit-hungry monopolies. The denial of justice to the affected people in Tuticorin once again proves that the agencies of the state such as pollution control boards, licensing authorities, judiciary and bourgeois political parties work for the interests of monopolies while claiming to be “regulators” and “protectors”. People cannot have faith in these agencies.