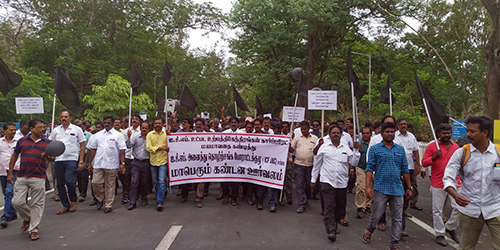 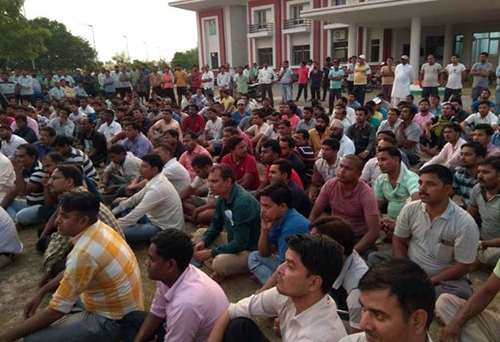 ​ The above recommendations of the Ministry of Railways are along the lines of those of the Bibek Debroy Committee, constituted by the Modi Government in September 2014. Their major thrust was to step by step dismantle the Indian Railways and hand it over to private operators and hence they were vociferously and vigorously opposed by all the railway trade unions. Faced with this opposition of the railway workers, the then Railway Minister, Mr. Suresh Prabhu, announced that the recommendations of the Debroy Committee would not be implemented. Even the Prime Minister, Mr. Narendra Modi had to announce in front of thousands of workers of the Diesel Loco Works (DLW), Varanasi in December 2014 that the Indian Railways would never be privatised and asked workers not to believe such “rumours”!! ​ 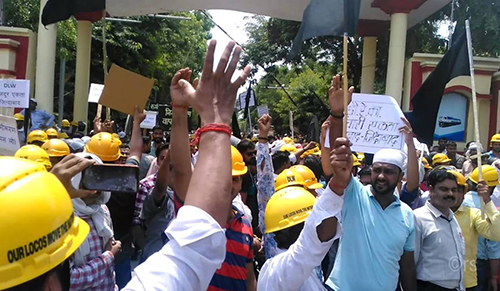 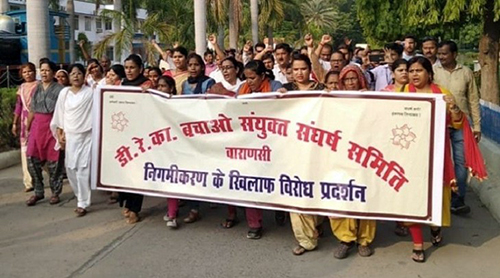 ​ Now after getting re-elected for the second term, the very same recommendations of the Debroy Committee report are going to be implemented through the 100-day Action Plan by the Modi Government! This is a direct betrayal of the past assurances given to the workers of the Indian Railways by the Prime Minister and the Minister of Railways.

The 100-day Action plan proposes that operation of the two trains on the busy Golden Quadrilateral or Diagonal routes connecting major cities be handed over to the IRCTC. The IRCTC, being a Government of India enterprise, will be given liberal terms and conditions to run these two trains. Then within the next 3 months the Railway Ministry will invite tenders from private operators to run Rajdhani, Shatabdi and other Super-fast trains. It is expected that the same conditions as offered to the IRCTC will then be given to the private players in the name of a “level playing field”! Hence the initial offering to IRCTC is only a devious method to offer attractive terms to private players to enter the running of trains later on.

It is obvious that private corporations will only enter the busiest routes where they can make maximum profit. These are the Delhi-Mumbai and Delhi- Howrah routes, which account for 30 percent of passenger traffic and 20 percent of freight traffic. Hence the Ministry has allocated Rs. 13,490 crores for the modernisation of these two routes in the Action Plan to make them attractive for private operators to invest!

It is the duty of the government to provide affordable train travel to its citizens. The Action Plan however calls for removing the passenger subsidies on the railway fares, which is totally unjust! The Railways claims that it subsidises passenger fares by charging higher fares on the goods traffic. The big corporates are demanding lowering of the freight traffic rates. Hence the increase of passenger fares is being pushed to please the big corporates who have funded the re-election of Narendra Modi. The increase in passenger fares is also a precondition for the entry of private players to run trains.

The Action Plan also calls for corporatisation of the 7 production units by hiving them off to a new company, The Indian Railway Rolling Stock Company. Each production unit will work as an independent profit centre and eventually the company will be privatised. The proposal to corporatize the production units is exactly in line with the Debroy Committee recommendations.

The privatisation of the Indian Railways through corporatisation by the Modi Government is a continuation of the policy started by the previous Congress Governments. IRCON International Limited, IRCTC, IRFC, MRVCL, RVNL, CONCOR and many other corporations were created in the regime of the Congress government.

As soon as the Railway Board issued its circular on 18 June to implement the 100-day Action Plan, railway workers started protesting against it. All the unions of Modern Coach Factory (MCF), Rae Bareilly, U.P, carried out joint massive demonstrations at the factory in which their family members also participated. On 24 June they submitted a memorandum to the General Manager of the MCF unanimously opposing the corporatisation plans of the Railway Ministry. The massive resistance of the workers forced the General Manager to forward the memorandum to the Railway Board on 25 June and communicate the anger and resistance of the workers to corporatisation. On the 28th of June the workers and the families of Diesel Loco Works, Varanasi came out in a massive show of resistance to the proposals. They warned Narendra Modi not to go back on the promise he had made in front of them in Dec 2014!

Also we should remember that the railway board has announced elections for recognition of Trade Unions in Indian Railways in end of August 2019. This is done deliberately so that we workers will be busy fighting each other for the elections while behind our backs they want to implement the 100 day Action Plan!

We call upon the workers of Indian Railways as well as all other workers and passengers to unitedly oppose the 100-day Action Plan to push privatisation of the Indian.